Immigration, By The Numbers 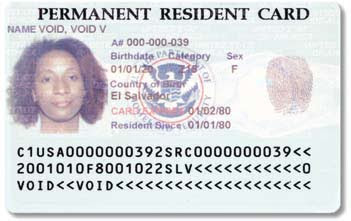 Yesterday the USCIS released its FY 2009 immigrant visa numbers. More than a million people legally immigrated to the United States in FY 2009. Almost 60% of those folks did so through the adjustment of status process, meaning they were already in the U.S. when their place in line was reached. While not disclosed by USCIS, the supposition is that a number of those folks were actually out of status or, even undocumented, and were able to adjust status using INA 245(i), thePublish Postpenalty law still available to anyone who was a direct or derivative beneficiary of an immigrant visa petition or labor certification filed before April 30, 2001.

The most telling part of this report was the tiny portion used by employment based immigrants. The top three employer-based preferences in terms of green cards issued to the “principal” immigrant (not including their family members) remained the same in 2009 as the prior year—professionals with advanced degrees and aliens of exceptional ability (22,098), skilled workers, professionals, and needed unskilled workers (18,359), and multinational executives and managers and other priority workers (16,806).
This led me to think about the nasty positions taken by USCIS as it attempts to restrict the number of people immigrating to the U.S. through the severely limited number of employment based visas. The “Neufeld” memo continues to spill over form the H-1B categories into other nonimmigrant AND immigrant visas, RFEs, and denials. The sheer number, verbosity and intellectual dishonesty of the RFEs that pour out of the Service Centers are sending talented, potential immigrants for the gates.
I have previously blogged on the Immigrant Visa Wait Times. The crisis in employment based immigration created by these wait times may abate if the limited use of H-1B visas this fiscal year by employers continues. Prospective immigrants will just go home. We can conclude the obvious–the USCIS has been successful in dissuading employers from hiring new foreign workers and in restricting employment based immigration. While restrictionists and protectionists are undoubtedly delighted by this news, it is only America that will suffer in the long run.
We need talented, risk taking immigrants more than ever in the U.S. If they are continuously dissuaded from coming to the U.S. by a USCIS on a mission to limit employment based immigration, and by broken 20th century immigration laws, America will not reach its full potential in the 21st Century.