Immigration Enforcement By The Numbers 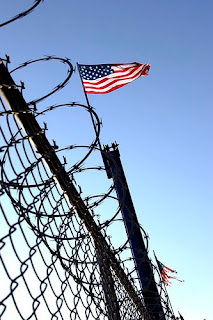 I’m going to stop using the word “shocked” to describe my reaction to ICE’s dirty secrets. Frankly, it is tough to be surprised by the antics of an agency which administers a draconian a detention system in which 107 immigrant detainees have perished since 2003. But I must admit I am taken aback by the latest news emanating from the bowels of ICE in the form of memoranda which have been released by the Washington Post and the Center for Investigative Reporting. http://bit.ly/bjcy4c. According to the memos, ICE, in an effort to stem a recent drop in the number of deportations, has set detention and removal quotas for its agents in an effort to remove as many people as possible without regard to the stated enforcement priorities of the Obama Administration which allocates scarce resources toward the removal of dangerous criminal aliens and drug traffickers.

The memoranda released by the Washington Post yesterday, which include one dated February 22 by James M. Chaparro, head of ICE detention and removal operations, instruct the field that while the agency was on target to meet its stated goal of deporting 150,000 criminal aliens, greater efforts should be made to meet ICE’s overall deportation goal of 400,000 Individuals – which includes criminal and non-criminal aliens. Chapparo tells agents to reach the goal by increasing detention bed space and upping removal numbers. His underlying message to ICE rank and file? Our mission is not to protect America from those who would do us harm. Rather, it’s a numbers game; remove everyone who may technically fit the bill so that ICE can reach its bureaucratic target. Another memo from early January by Supervisory Detention and Deportation Officer Clinton Folsom states that any ICE agent who can show he or she has “processed” 60 cases a month will earn an “excellent rating” regardless of whether the cases in involve battered women and unaccompanied minors or dangerous drug dealers.

The embarrassing release of the Chaparro memo signals disagreement at the upper echelons of ICE leadership about the reforms Secretary Napolitano and Assistant Secretary Morton announced last fall. As the director of all ICE detention and removal operations, Chaparro is not simply someone who follows policy but a high level official who sets policy. The fact that his memo was sent more than a month ago without any apparent corrective action by Morton or Napolitano further undermines ICE and DHS’s credibility and capability to implement reforms announced in the fall. A Washington Post article should not be the impetus for ensuring Chaparro and other ICE officials are on the same page as Morton and Napolitano.

DHS should take immediate steps to clarify ICE’s position by 1) publicly repudiating Chaparro’s memorandum and reaffirming the overhaul of ICE detention policy Napolitano and Morton announced last fall including the stated goal of re-tooling enforcement to focus on those who are dangerous and ensuring the detention system is safe and humane; 2) denouncing the use of a quota system to require ICE officers to arrest and deport greater numbers of undocumented immigrants or for the purpose of filling detention bed space; and 3) ensuring that the national policy is followed by all ICE personnel both in the ranks and leadership.

ICE’s March 27 public statement does not adequately resolve these deep internal inconsistencies in ICE’s detention and deportation policies. If Napolitano and Morton are serious about reforming the detention and enforcement system, they must take immediate action to prevent further dissension in the ranks and be more transparent with the American public. After all, the detention and deportation of human beings is not just a numbers game. It profoundly affects the lives of individuals and families and can only be tolerated in the context of the rule of law coupled with humane enforcement objectives.