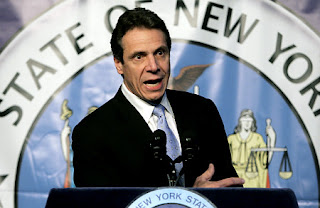 By Deborah Notkin, AILA Past President

Attorney General Andrew Cuomo has successfully carried out a crusade against the fraud and deception of “immigration consultants” who take advantage of unknowing and vulnerable immigrants. At a recent media conference, Cuomo indicated that his office is seeking civil remedies, at least initially against those involved in immigration assistance fraud because the first goal is to get restitution for victims. http://www.ag.ny.gov/media_center/2010/mar/mar1a_10.html

The latest victory in the fight against immigration fraud and victimization was announced by Cuomo’s office on March 1, 2010. The Attorney Generals’ Office has won a court judgment of more than $3 million against a “consultant” in Queens who has targeted and defrauded immigrants. In this case, the “consultant” routinely charged a retainer of $7,000 with fees often reaching up to $15,000 per person for the promise of permanent residence. The consultant wrongly claimed that she could get permanent resident status through alleged relationships with government officials. Of course, the services were never performed and the consultant routinely refused to give refunds or return documents.

As a result of Cuomo’s lawsuit, the New York Supreme Court has ordered the consultant to pay full restitution to 37 families who came forward and demonstrated that they were defrauded by this consultant. An additional $2.7 million in penalties was imposed for engaging in the unauthorized practice of law and misrepresentation of services that could be performed. The consultant is also permanently restricted directly and indirectly from engaging in the business of immigration-related services.

Over the past several months, other consultants have been shut down and active investigations continue. The fight to end this blight on immigrant communities in New York City and State continues and serves as an example for all who are committed to fighting immigration fraud and the unauthorized practice of law.