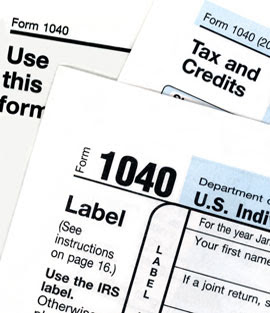 Any immigration lawyer who handles immigration court cases, particularly those involving claims for cancellation of removal, knows the problems caused by badly, and at times fraudulently, prepared tax returns. Most immigrants want to “pay” their taxes. They go to the local notario who instructs them to do things such as claiming “Head of Household,” when in fact they are married and not eligible for this benefit, or has them claim their cousins in Outer Whatzitstan as dependents. Most times, from my experience, these tax returns are filed in ignorance by the immigrant, but with full knowledge by the preparer that the return is fraudulent. But it is the immigrant who pays the price for the fraud in front of the immigration judge.
It seems the IRS has finally decided that enough is enough. The IRS announced yesterday that it will begin to regulate all preparers of tax returns. As many as a million of them! Now ask yourself. If the IRS can do this, why is the USCIS NOT doing this? As attorneys we are already regulated by not only our state bars, but by the government. Yet, the USCIS allows “notarios” to continue to file fraudulent applications, hurting immigrants and creating an unreliable system of adjudication, simply because it will not dedicate the resources necessary to cracking down on these unregulated and unlicensed filers.
Let me make an open invitation to the USCIS (and USICE if they are reading). Announce that you are going to actually enforce your regulations as to who can file petitions on behalf of applicants. Make 8 C.F.R 292 actually mean something. Right now it is a hollow regulation. Work with the U.S. Attorneys to start prosecuting the preparers of these applications. I believe that immigrants are beginning to wake to the understanding that they have been ripped off for years by these so-called “notarios” (I used the Spanish word, but the concept reaches across all cultures). You will have your witnesses. AILA would be happy to work with you to put a stop to the culture of fraud that has been allowed to perpetuate itself.
A prime example is here in Atlanta. We have an immigration “preparer” who has actually been jailed once for violating the State’s unauthorized practice of law provisions, is known to the USCIS, actually submits Forms G-28 with his filings (and checks “Other”), charges more than many attorneys charge for application processing, and the USCIS accepts his filings and gives him notice of the cases!!!! Come on USCIS. Its about time that you did what was right for immigrants. Slow down your witch hunt for the needle in the haystack of H-1B or L-1 fraud, and focus on these unauthorized and unregulated immigration “preparers.” These are easy prosecutions, and you will actually help immigrants who many times WANT to do the right thing. You will stop immigrants from becoming victims of fraud. You will also begin to restore some integrity to your own adjudicatory system.
I am holding my breath here.