Seeing the Immigration World In Black and White 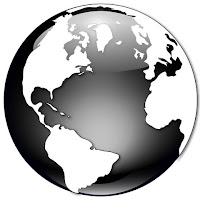 Today’s Washington Post contains the rebuttal of Rep. Lamar Smith, a fellow Texan and the ranking Republican on the House Judiciary Committee, to Rep. Luis Gutierrez (D. Ill) regarding recommended reforms to our dysfunctional immigration laws. See http://tinyurl.com/odg4hm
Rep. Smith has worked on the issue of immigration for many years and is a dedicated member of Congress. He has represented constituents from the 21st congressional district since 1987. His educational credentials are admirable. The issue of immigration in the U.S., he has admitted is a complex, sensitive, and emotional subject. So why the black and white view espoused in his retort to Rep. Gutierrez today in the post of “Illegal immigrants knowingly broke our laws and entered our country illegally. They need to take responsibility for their actions, not blame others for the situation they caused.” Most are willing to learn English, be at the back of the line, pay a penalty for seeking a better life without following the winding and long legal path, pay back taxes, and wait many years before ever having the opportunity to take exams, show good moral character, and attempt to qualify for U.S. citizenship. Our laws provide them few options currently to take on that mandate for responsibilty. Currently, many pay into a decrepit social security system from which they will receive no benefit and prop up our aging population’s need for social security benefits.
We also need to take responsibility for those employers in farms, ranches, dairies, construction sites, hotels, nurseries, restaurants, elder care centers, child care centers, military bases, etc. turning a blind eye to work status or obvious fake documents when they are desperate for help and willing to pay the prevailing wage. Let’s provide a cure period to those employers and employees willing to come out the shadows and firm up our ability to end the use of fake documents and improve the enforcement of our labor laws to protect workers as well as good faith employers.
On a different note, yes, an 8 USC 1325 illegal entry to the US is a misdemeanor. Yes, we should try to end illegal entry, but why do we find it so hard to apply the common use of prosecutorial discretion in the immigration context even as to misdemeanors now. We have lost our way in the hyperbole of enforcement rather than accomplishing the more difficult task of making our legal immigration system work as well.
Building fences in a vacuum will never solve illegal immigration, nor will it create the fuel needed in economic investment for this struggling US economy.
In the history of our country, there are many times during which constituents have rebelled against unrealistic or draconian laws. Where would women be as to the right to vote if unjust laws had not been fought against and changed? The Republicans are having tea parties regarding tax issues. The real one so long ago in Boston involved the violation of law to effectuate positive change and eventually was a part of a catalyst to create a new nation. We are used to being rebels in this country and fighting for just laws. For that matter, those resident in the State of Texas are known for the same thing – as well as for a little secession chat every now and then. Texans are also known for violating federal law concerning the use of temporary workers under the Bracero program.
Let’s stop dancing around the issue of illegal immigration and address it head on.
Take the bull by the horns as we Texans say…. and yes I have shoveled plenty of horse whatever in my past on the farm so it is sometimes easy to spot.
For those who violate state or federal criminal laws, they should be subject to the same discretion and enforcement criteria as to the violation of those laws. Legality should be norm as well as predictability regarding legal enforcement techniques. Crime rates, however, in the United States fell as the undocumented population doubled. See Immigration Policy Center report entitled “From Anecdotes to Evidence: Setting the Record Straight on Immigrants and Crime” http://tinyurl.com/p8pcoa. According to a 2008 report from the conservative Americas Majority Foundation, crime rates are lowest in states with the highest immigration growth rates.
Based on experiences last year in several locations in Texas including Austin and Irving, foreign nationals arrested on misdemeanor traffic violations were being run through the LESC database of ICE and then placed in removal proceedings. It is important to take a hard look at the “criminal” activity resulting in some arrests of foreign nationals. For that matter, a recent report on the absconder initiatives of ICE last year reflected that ICE resources were being focused on undocumented civil violations and not just serious criminal violators. The Feburary 2009 Migration Policy Institute report entitled, “Collateral Damage: An Examination of ICE’s Fugitive Operations Program http://www.migrationpolicy.org/pubs/NFOP_Feb09.pdf notes that despite the ICE National Fugitive Operations Program’s mandate to arrest dangerous fugitives, almost three-quarters (73 percent) of the individuals apprehended from 2003 through February 2008 had no crmiinal conviction.
Along the southern border, we blindly in the name of enforcement charge all illegal entry cases now under 8 USC 1325, as applicable, via operations such as Operation Streamline, Streamline II, Lockdown, No Pass, etc., and apply almost no prosecutorial discretation to misdemeanor violations without appropriate support for judicial, prosecutorial, defense, and related facilty use. Federal Courts Hit Hard by Increased Law Enforcement on Border, The Third Branch Newsletter, Newsletter of the Federal Courts, July 2008 edition, www.uscourts.gov/ttb/2008-07/article02_3.cfm. Take a look at where forgetting the use of discretion takes us – See Adopted National Association of Criminal Defense Lawyers policy on Operation Streamline dated May 4, 2008. http://www.nacdl.org/pu
blic.nsf/26cf10555dafce2b85256d97005c8fd0/e11ee4461574831b852574d00060a06f?OpenDocument
We need to remember our mandate as a compassionate and just nation and move forward to the challenging but rewarding task ahead to make our immigration system work for us as a nation as it has in the past. There are few black and white situations in which a little grey does not logically deserve consideration.