Ending Gulags in the United States 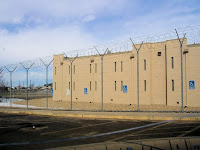 On April 3, Nina Bernstein published another excellent article in the New York Times entitled, Immigrant Detainee Dies, and a Life is Buried, Too. According to her article, the latest list of deaths published by Immigration and Customs Enforcement (ICE) dated February 7, 2009 notes 90 deaths of immigrants while in custody starting from October 7, 2003. The article describes the confirmation of the Times of the death of Ahmad Tanveer, 43, a Pakistani national who died on September 9, 2005 in the Monmouth County Correctional Institute in Freehold, New Jersey, and the failure of ICE to be held accountable for the deaths of immigrant detainees in its maze of detention operations, which include numerous state and county jails. For a report of another medical detainee death and denial of medical access as well as access to counsel, refer to the ICE investigation report released regarding Mr. Hiului Ng, a Chinese national who died of cancer in August of 2008 at the Rhode Island Hospital Center in Providence, RI, while still detained by the Donald Wyatt Detention Facility in Central Falls, RI. This investigation report reflects how Mr. Ng was denied access to counsel and appropriate medical care, was subject to excessive force and verbal abuse, and that reports were tampered with to conceal relevant facts. These cases of abuse must be subject to a true no tolerance policy by ICE and the administration.
Accountability is not achievable, however, until ICE mandates the implementation of a tracking system for detainees and that standards for the detention of foreign nationals under our immigration laws be placed in federal regulation. The Office of Inspector General just released a report (see http://tinyurl.com/crza24) on ICE’s tracking system for detainees. Some of the salient findings in the report are that of the tested sample, 143 of the 144 detainee transfers reviewed did not properly complete the Detainee Transfer Notification. Further, the National Detention Standards for Detainee Transfers require ICE to notify the representative of record when a detainee is being transferred. The notification is supposed to be recorded in the detainee’s alien file. The ICE staff interviewed for the report indicated that they did not notify legal counsel, because they considered the notification the responsibility of the detainee. Such an attitude only underscores the ongoing lack of accountability of ICE regarding the treatment of detainees in our gulag system applied to foreign nationals in this country. If no one can track where they are, it is certainly easier to be blind to any standard of treatment to which they may be subject and such practices effectively neuter the often pro bono counsel’s effectiveness on behalf of their clients.
The OIG’s recommendations included such fundamental recommendations as implementing internal controls to ensure that “detention facilities comply with the National Detention Standard for Medical Care.” Would you want to wind up in the detention system of this country as a foreign national? In the land of revered constitutional protections, is this what our foreign neighbors can expect from the leader of the free world? For those who want an up close and personal view of what it is like to be within this system, a viewing of the recently released movie, The Visitor (http://www.thevisitorfilm.com/) should be moved up on your netflix list to number one. The movie’s website indicates that the film is about how one person is able to change your life. Mandating just basic standards of legal access and humane treatment should not take much effort in the United States. In our country of compassion and justice, our failure as a nation on multiple and continued instances to treat foreign nationals in detention in a just and humane manner is inexcusable.